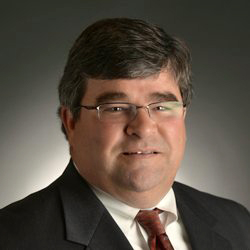 Howard Delashmit was admitted to practice law in the State of Georgia in 1988 after graduating from the Emory University School of Law. While at Emory, he was presented with the Student Service Award by the faculty. He also won 1st prize in the 1987 Southeastern Bankruptcy Law Institute National Law Paper Competition. In 1985, Howard earned his B.S. in Management from the Georgia Institute of Technology with Highest Honors.

From 1996 until 2006, Howard served as General Counsel for RE/MAX Greater Atlanta after participating in the formation of the company which became the largest franchise in the RE/MAX International system and was a partner in one of the country’s largest real estate law firms until 2015. He also served on the Boards of Directors of both the Cartersville/Bartow County Chamber of Commerce and the North Cobb Christian School for several years. In 2008, Howard was recognized as the Volunteer of the Year by the Cartersville/Bartow County Chamber of Commerce. He is a graduate of both Leadership Cobb and Leadership Bartow.

Howard is married to his wife, Ronnie, and they have two sons, Hunter and Ethan.

In 2018, Howard was recognized as Affiliate of the Year by the Northwest Metro Association of Realtors. He is also Past President of the Rotary Club of Bartow County.

Their sons are carrying on the family legal tradition as Hunter is also a member of the State Bar of Georgia and Ethan is studying law at the University of Georgia School of Law.